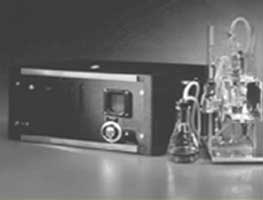 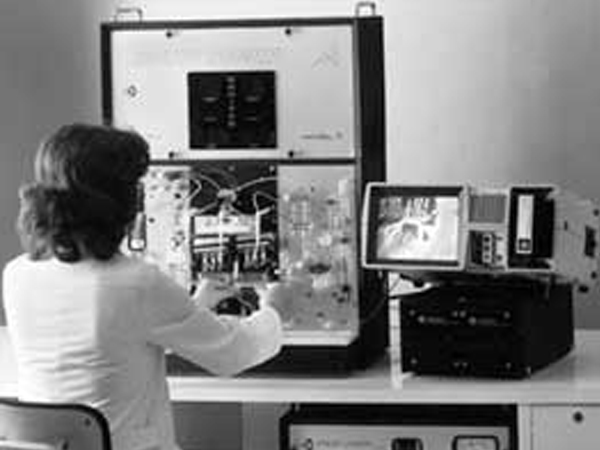 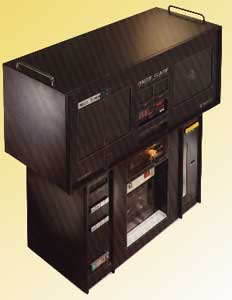 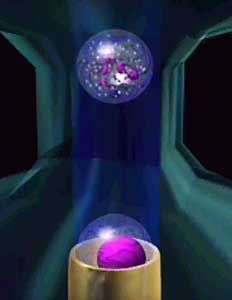 Integration of flow cytometry into a hematology analyzer 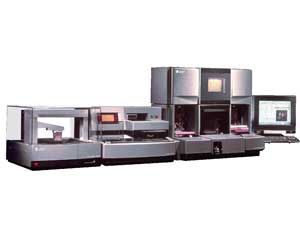 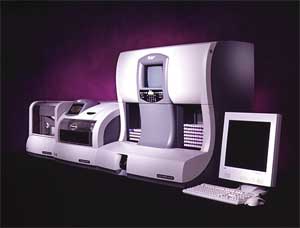 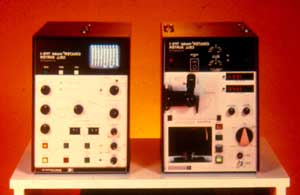 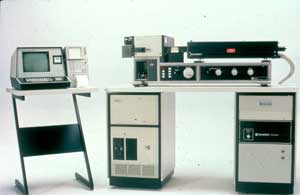 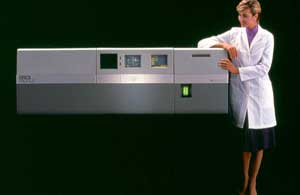 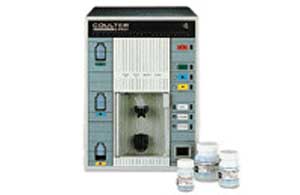 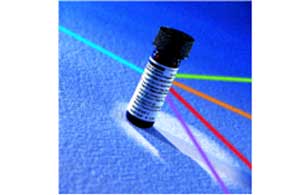 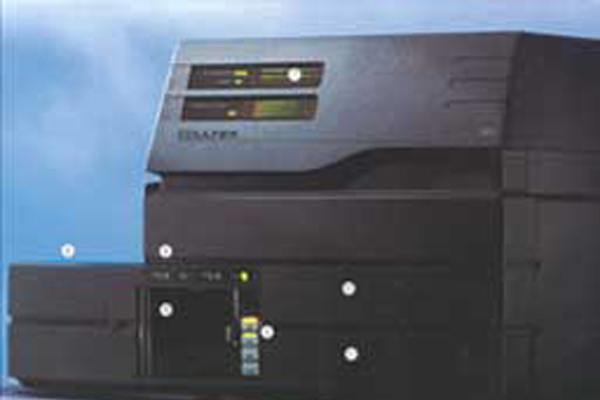 Modern flow cytometers are able to analyze several thousand particles every second, in "real time," and can actively separate and isolate particles having specified properties. A flow cytometer is similar to a microscope, except that, instead of producing an image of the cell, flow cytometry offers "high-throughput" (for a large number of cells) automated quantification of set parameters. To analyze solid tissues, single-cell suspension must first be prepared.

Increasing the number of lasers and detectors allows for multiple antibody labeling, and can more precisely identify a target population by their phenotype. Certain instruments can even take digital images of individual cells, allowing for the analysis of fluorescent signal location within or on the surface of cells. The data generated by flow-cytometers can be plotted in a single dimension, to produce a histogram, or in two-dimensional dot plots or even in three dimensions. The regions on these plots can be sequentially separated, based on fluorescence intensity, by creating a series of subset extractions, termed "gates." Specific gating protocols exist for diagnostic and clinical purposes especially in relation to hematology. The plots are often made on logarithmic scales. Because different fluorescent dyes' emission spectra overlap [1], signals at the detectors have to be compensated electronically as well as computationally. Often, data accumulated using the flow cytometer can be re-analyzed (using software, e.g., Kaluza™ [5]) elsewhere, freeing up the machine for other people to use.

Commercial Instruments Beckman Coulter's complete range of automation and information systems help you streamline processes for maximum efficiency. From delivery of more timely, accurate and reliable patient test results to the elimination of bottlenecks, our automation and information system solutions empower you to manage lab operations more efficiently and cost-effectively.