What to do now that ACFTD is discontinued

Scroll to the bottom of this page to watch the webinar.

Air Cleaner Fine Test Dust (ACFTD) was used by the hydraulics industry as a calibration medium for petroleum based liquid particle counters for many years and served as the basis for generating NAS 1638 and ISO 4402 cleanliness codes. ACFTD has never been traceable to any national or international standards bodies, and had a significant batch to batch variation, leading to inconsistencies in calibration. This calibration material has been discontinued, and this Application Note will examine the steps that optical Particle Counter users need to take to transition from an ACFTD calibration to an ISO-MTD calibration, the modern equivalent.

ISO-Medium Test Dust (MTD) was developed in response to industry needs, when the AC Delco Company stopped manufacturing ACFTD in 1992. This led to the introduction of the new calibration standard, ISO 11171:1999. This new calibration standard required the use of a traceable calibration media and a new reporting standard, ISO 4406. This new standard replaced ISO 4402:1987. Additionally NAS 1638 which reported the old ACFTD sizes, was replaced with SAE AS 4059. Both ISO 4406, and SAE AS 4059 call for ISO-MTD to be used as part of the calibration process.

With the introduction of ISO 4406, came the sizing convention of μm(c), with the “(c)” indicating that the particle sizes were certified. However, this led to some confusion in the industry, as the sizes being reported changed from 2, 5, 15, 25, 50 and 100 μm, to 4, 6, 14, 21, 38, & 70 μm(c). What should be recognised is that this ’resizing’ came about because the methodology of how particles are measured had changed. The old method using an ACFTD calibration used the longest chord method (also known as the longest dimension) to determine particle size. This caused sizing errors due to real particles being non-symmetrical. (I.e. a given particle might be 5 μm long, but only 1 μm in diameter). The new sizing methodology employs the ISO-MTD traceable calibration and incorporates the sizing methodology of “projected area” or equivalent spherical size.

The equivalent sizes are demonstrated in the table and diagram below: 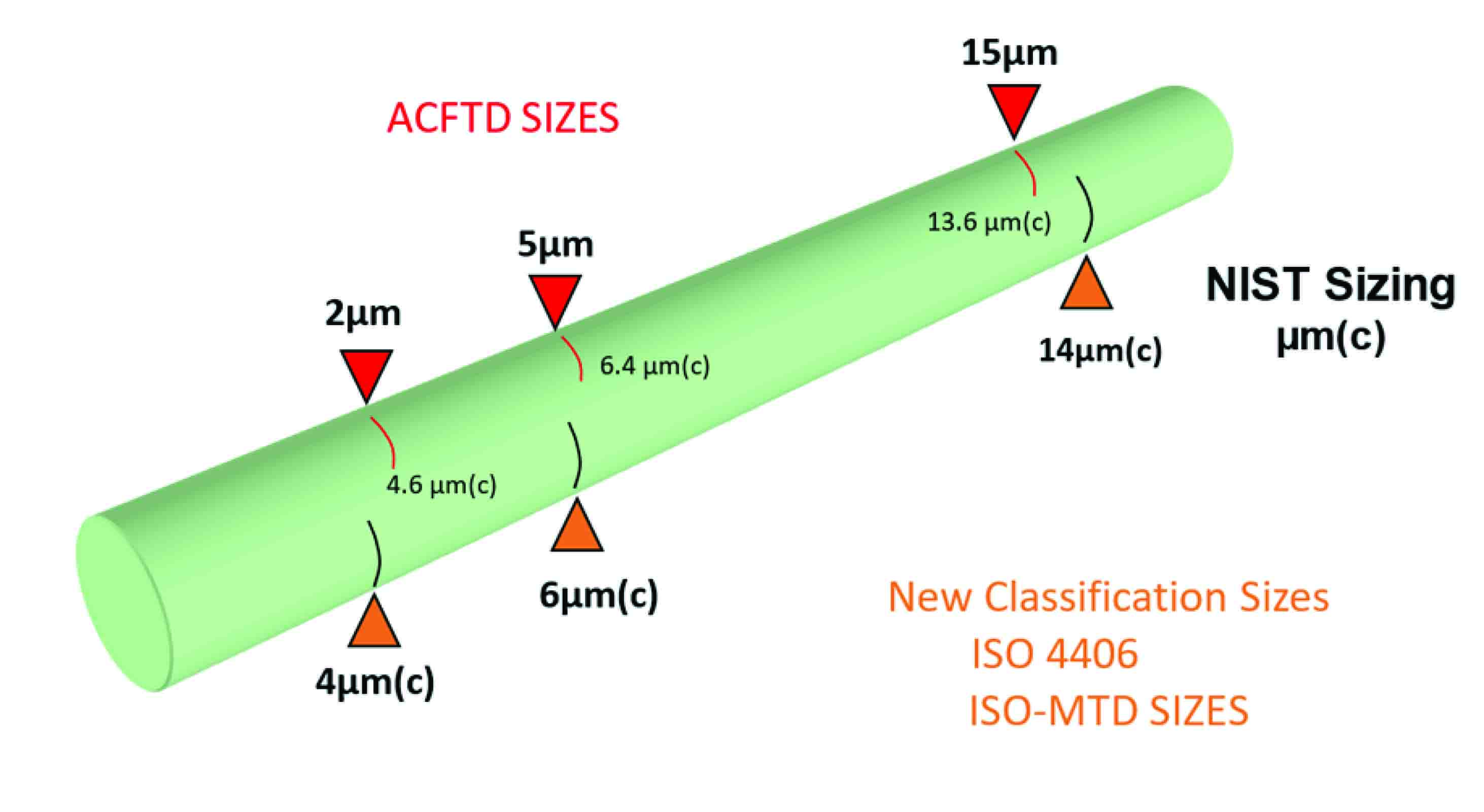 The ISO committee responsible for re-writing ISO 4402, the reporting standard used for ACFTD calibrations, decided that ISO 4406, the replacement reporting standard, would start from 4 μm, and would have the suffix (c) to indicate that the sizes were certified.

At the same time, the ISO committee wrote an international calibration standard detailing how liquid particle counters for the Fluid Power industry should be calibrated. This standard, ISO 11171, is complex, thorough, and time consuming, but is designed to ensure that Particle Counters size and count particles accurately, and that measurements made on multiple counters would give similar results. As a result of this complexity, and within the confines of the ISO 11171 standard manufacturers have created a simplified process using the pertinent parts of ISO 11171, which still offers a count and size calibration. Within HIAC brand Particle Counters, this is known simply an ISO-MTD calibration.

It became clear that NAS 1638, a National Aeronautical Standard, was being used extensively a large percentage of Particle Counter operators. This came about as NAS 1638 was, for many years, the only standard available for hydraulic particle counter users, and so it gained wide popularity in the industry. However, NAS 1638 referenced no particular calibration methodology, and consequently users were being provided with a variety of different calibrations, including Polystyrene Spheres in water, though primarily ACFTD suspended in 5606 hydraulic fluid, was the norm.

The SAE AS 4059 reporting standard was introduced as the replacement of NAS 1638 which became obsolete in early 2000’s. However, many in the fluid power industry continued to use NAS 1638, and there are still many companies still using it today. SAE AS 4059 provides a cumulative count format vs. differential counts called out in NAS 1638 for reporting of results, and references ISO 11171 as the calibration methodology to be used. This means that SAE AS 4059 is based on a fully traceable calibration and that Particle Counters calibrated to report to SAE AS 4059 will offer significantly better repeatability.

It is clear that the intention of ISO committee that ISO 11171 would become the calibration standard for the hydraulic and lubricating industry worldwide, with ISO 4406 and SAE AS 4059 being used as reporting standards. However, whilst users of ISO 4402 found the transition to ISO 4406 relatively seamless, the uptake of SAE AS 4059 as a replacement for NAS 1638 has been slow, with many users continuing to use NAS 1638 today.

Users reporting out to ISO 4406 and SAE AS 4059 need to take no action – your instruments are already being calibrated appropriately, and the discontinuance of ACFTD will have no effect on your daily work.

Customers that have their instruments calibrated with ACFTD fluid and are reporting to NAS 1638 have couple of options.

Updating to the new traceable calibration will likely have an impact on the results of particle analysis due to the sizing methodology changes mentioned previously. Users will need to determine within their own Standard Operating Procedures and processes what the new acceptable contamination codes for their applications will need to be based on the new type calibration and/or reporting standard employed. 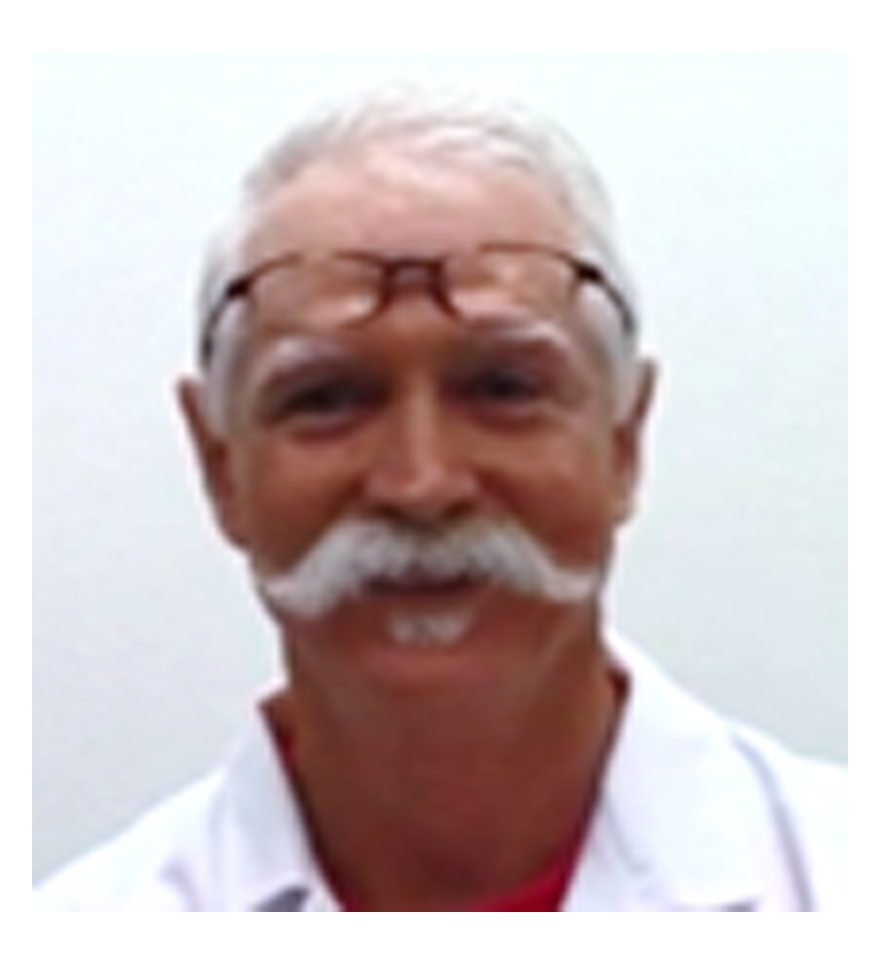 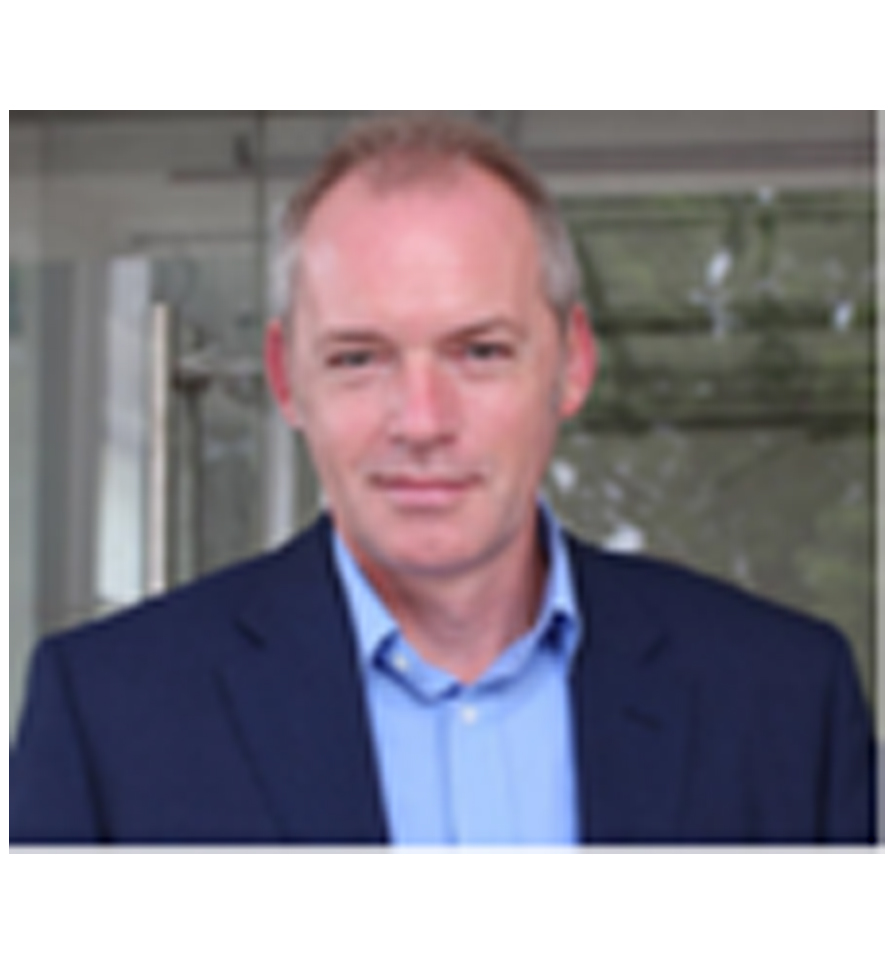 Matt Harle is a Sr. Field Marketing Manager for Beckman Coulter Life Sciences, and has driven the fluid power product lines in Europe, the Middle East, Africa and India for many years. He has been in the particle counting industry for 26 years, and involved in fluid power for 18 of these. He has sat on the UK ISO/TC131/SC 6 Contamination Control group in the past, and is recognised as the subject matter expert for this product line in the EMEAI region.

Webinar - What to do now that ACFTD is discontinued 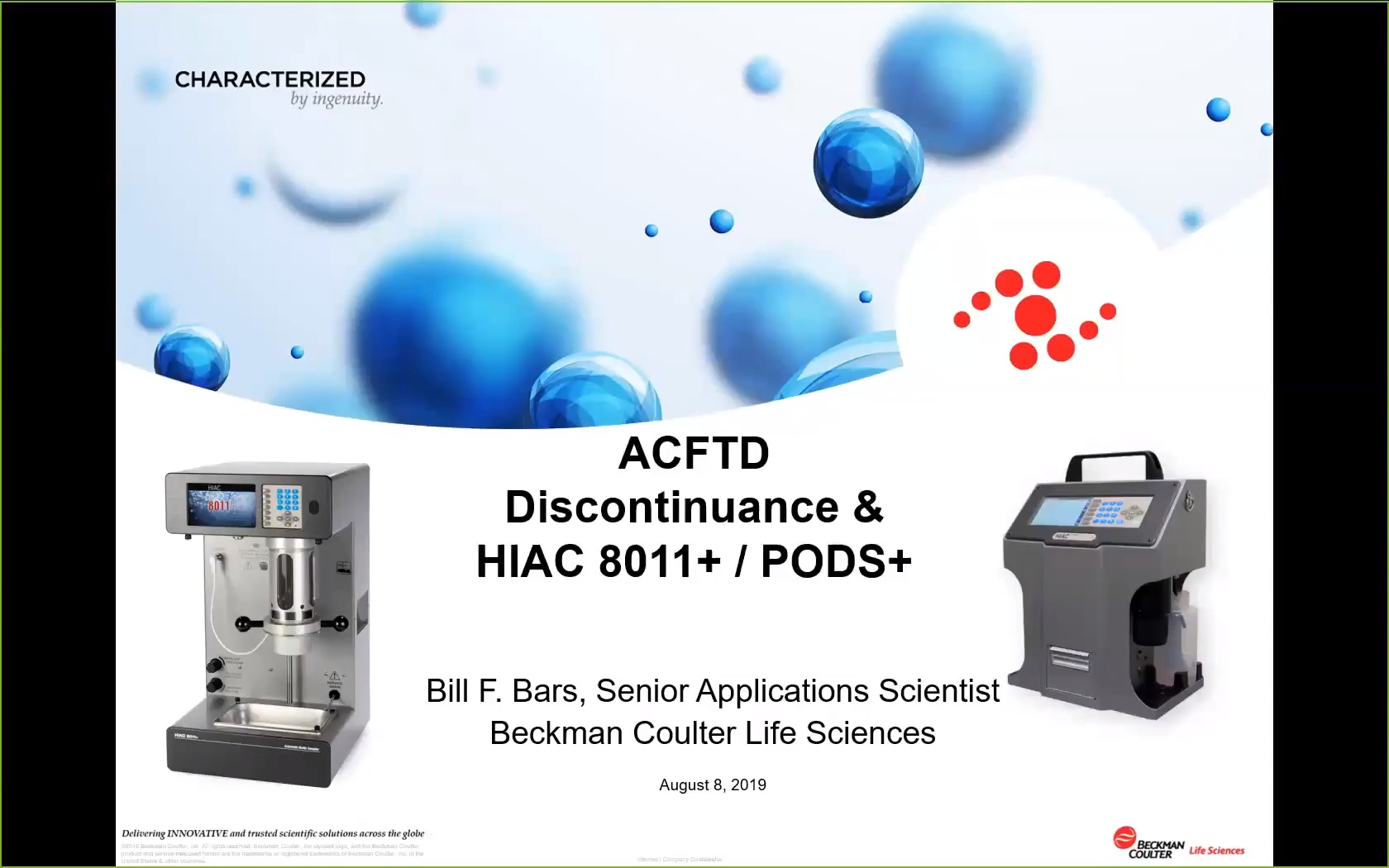 ACFTD Discontinuance and the HIAC 8011+ and HIAC PODS+